Every October 5th, Grab the butt of someone you love.

Aleecheechee Day came about via an obscure gag in an old movie.  As children, my family would watch the 1973 version of the Three Musketeers and the 1974 version of the Four Musketeers.  In the Four Musketeers, there is a very brief gag in which a woman walks past Planchet, D’Artagnan’s servant, and grabs his butt as she walks by.  As she does so, she says, “Aleecheechee!”  Planchet responds by mumbling, “Get off!  Sex maniac.”  Well, this resounded as hilarious with my siblings and I, to the point that we would rewind that short scene over and over, laughing the whole time.  It became a joke to tell each other to “Go give him/her an Aleecheechee!” 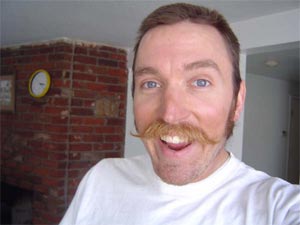 Flash forward over a dozen years.  On May 12th, 2006 my younger brother Kelsey Brown was killed in a skiing accident at the age of 27.  He left behind a lot of friends who remembered him fondly and kept in touch with our mother.  One of the anecdotes that his friends shared was that Kelsey would grab the butts of unsuspecting friends and yell, “Aleecheechee!” then laugh hysterically.  One of his friends emailed my mother on his birthday, October 5th (and continues to do so each year) and wished her “Happy Aleecheechee Day!”  Our family has celebrated October 5th every year since by grabbing the butts of the people we care about and reminding them that they are appreciated with a playful Aleecheechee.  We are happy to invite the rest of the world to participate. Kelsey would be very amused that he inspired amusing butt grabs, so go grab a butt for him.

Not just anyone should receive an Aleecheechee.  Adhering to the following guidelines will help you have a fun and safe Aleecheechee Day.

Select the recipient carefully… It should be someone you know and care about who has a sense of humor and moderately low personal boundaries.

Surprise is essential!  You should await a moment when your recipient is not expecting a pinch on the bottom to strike.  Perhaps when they are shopping for bread.

Be Playful!  The point is not to get your (or their) jollies, the point is to let them know that they are important enough to you to warrant an Aleecheechee.

Choose your setting carefully.  Your workplace is likely not ideal.  Neither is your church.  Nor anywhere that cops frequent (they tend to misinterpret an affectionate Aleecheechee).

Performing a drive-by Aleecheechee as in the video is not mandatory, but none could disagree that it is quite funny.

This cannot be stressed enough… This is to be fun and silly among those you love. Not creepy and inflicted on strangers.

The video that started it all

This clip is from The Four Musketeers from 1973. In it, Roy Kinnear receives the legendary Aleecheechee that spawned a meme (at least in our family).

Everyone does it. It’s affectionate.